The landscape of a recumbent body.

Intense blue hemming her in.

Empty space above the sleepers head.

I concentrated on getting the perspective right, working with the easel 5ft away, bringing it closer in stages until my right arm was resting on it. From charcoal taped on a stick to a nub of black pastel. I stood in the same place throughout by marking my footprints on the floor. 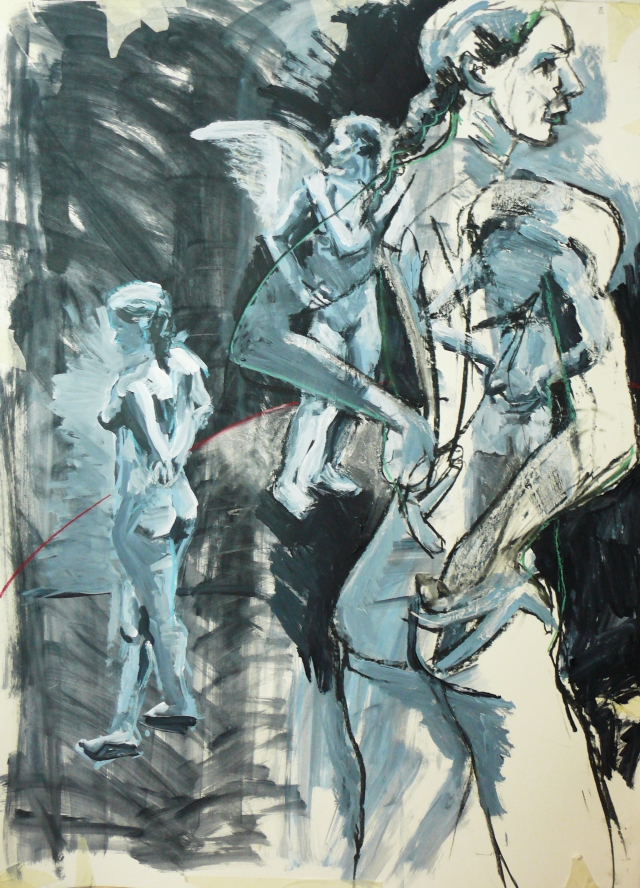 This model has grace and presence. The exercise was to paint three poses on a dark background, a middle tone and lastly, white. Towards the last five minutes I grew frustrated and created the large figure on top of the last pose. The wing on the second figure only appeared when I was looking at the drawing at home. Later that night I added some white chalk and the green and red lines to make the composition more 3D.

Here’s a close up to show how fast the marks were made. 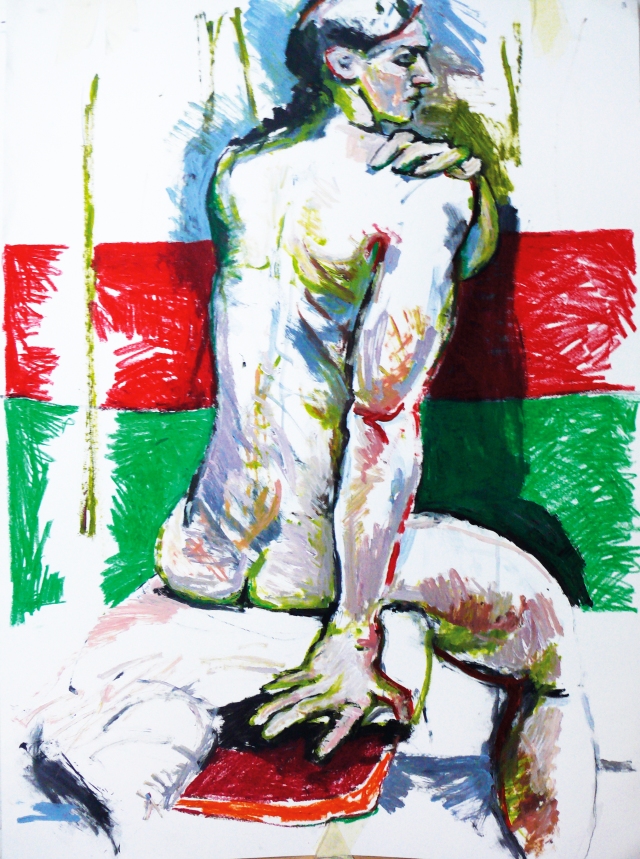 I am fascinated with the tension and power in the load bearing arm of poses like this.
The use of the spring leaf green and red works when the fight off each other giving dynamism, then when mixed together (green oil and red acrylic) create that dull depth of shadow. The colour bands at the back were put in later that night, to push the figure forward out of the space towards you. The orange and red of the bench were the last colours added. I seem to be making hands larger than life. Better this way than the other. 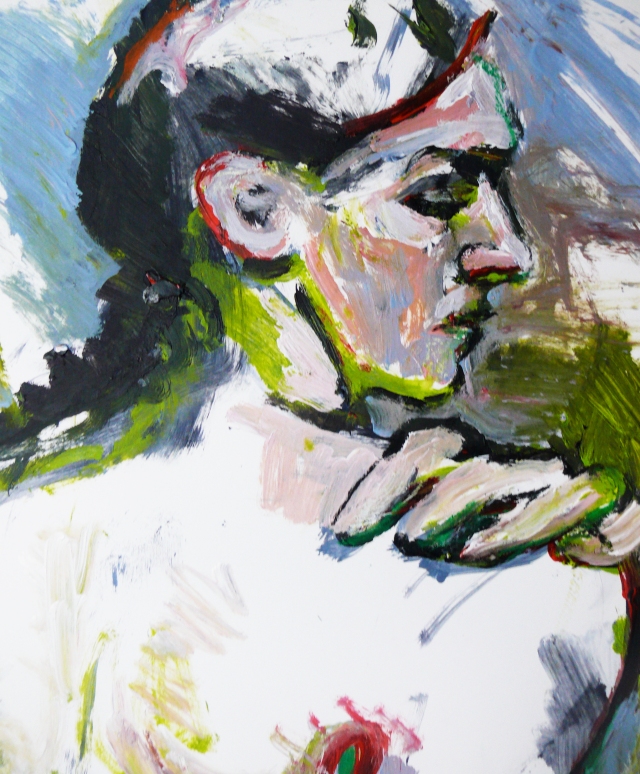 Close up, the colours really sing.